Geography has a significant impact on the development of society and culture anywhere in the world, but its effect is particularly dramatic in a country like Iran. so lets some future in Iran Geography. 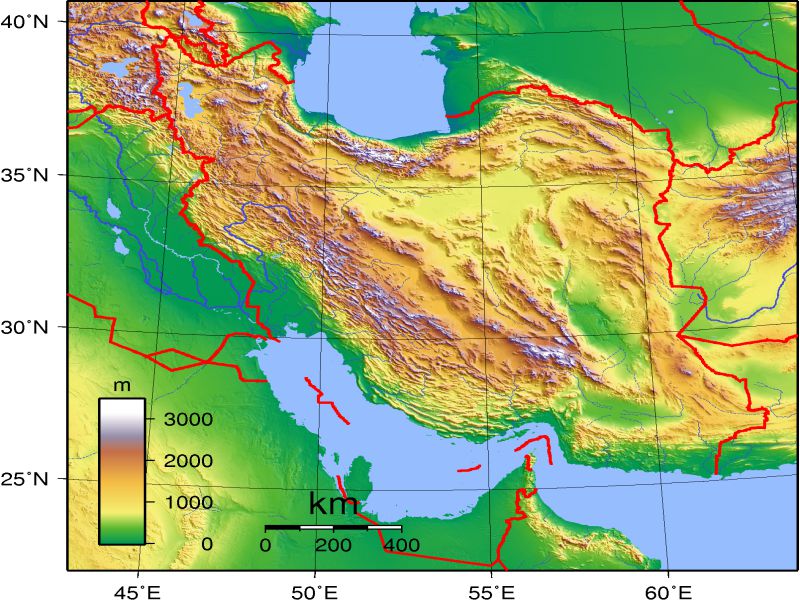 Iran Geography has severe limits where people can live, makes transportation and communications between different areas of the country difficult, and has greatly affected the kinds of lifestyles that are possible. First of all, Iran is, relatively speaking, a very large country. In its current borders, it has a total area (land and water surface combined) of about 636,000 square miles. It is now the seventeenth largest country in the world in physical size (falling from sixteenth after the breakup of the Soviet Union and the creation of Kazakhstan as an independent state).

By way of comparison, it is about 10 percent larger than Alaska, more than double the size of Texas, or four times the size of California, but somewhat smaller than Mexico. While Iran’s area is thus much less than that of a country like the United States or Canada or Russia, it is substantially greater than most of its regional neighbors—more than double the size of Turkey, Afghanistan, or Pakistan and quadruple that of Iraq, but less than that of Saudi Arabia.

The central core of the country consists of an almost uninterrupted expanse of salt and sand deserts stretching over 700 miles from the northwest to southeast. The desert basin in the north is known as the Dasht-e Kavir, an exceptionally desolate region of the salt desert that runs for some 200 miles from east to west and almost 100 miles from north to south. Another area in the south, the Dasht-e Lut, includes a great sandy desert 100 miles long and 40 miles wide. These regions are not only barren but are also virtually impenetrable to anything but specialized forms of modern mechanized transport. 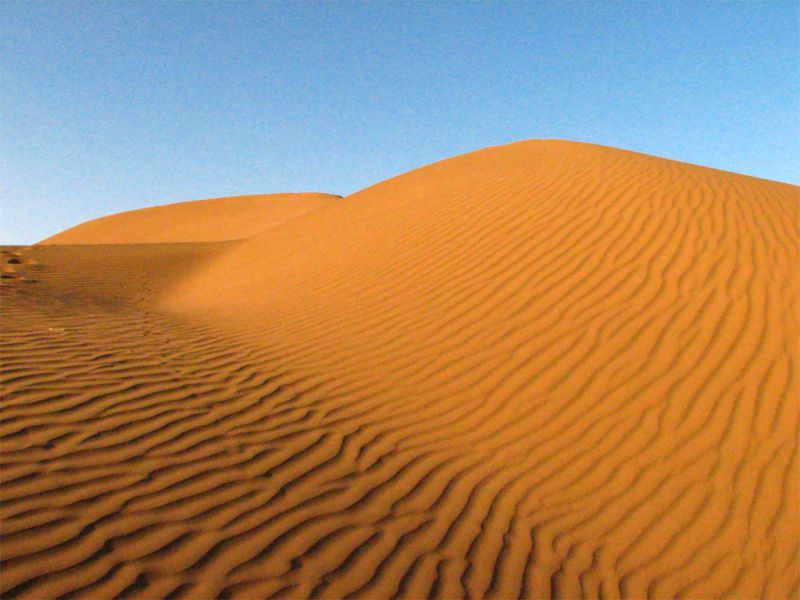 Flanking the desert basin are two equally imposing mountain chains, the Alborz and the Zagros. The Alborz chain forms a relatively compact crescent across the north of the country approximately 300 miles in length and an average of 60 miles in width. It is dominated by the majestic snow-covered volcanic peak of Mount Damâvand, the tallest mountain in Iran at an elevation of 18,628 feet. On the north side, the Alborz Mountains fall away precipitously from elevations of around 10,000 feet to the littoral of the Caspian Sea (about 25 feet below sea level). Because of this steep drop-off and the lack of many practicable passes, the Alborz Mountains make up a virtual wall that effectively blocks off the Caspian area from the rest of the country. The more complex Zagros chain consists of broadband of parallel ranges, about 125 miles in width, running from the northwest to the southeast of the country. The mountains of the Zagros are not quite as lofty as those of the Alborz but are still quite impressive: the highest peak, Zardeh Kuh, rises to 14,920 feet. The Zagros also has more practicable passes, but the layout and direction of the individual ranges present considerable difficulties for crossing the mountains from east to west. In the south, the Zagros also descend fairly abruptly from about 2,000 feet to sea level at the Persian Gulf. This combination of mountains and a central plateau gives Iran a very high mean elevation. Most land is above 2,000 feet, and on the central plateau, where the most important cities are located, the average elevation is 4,000 feet. 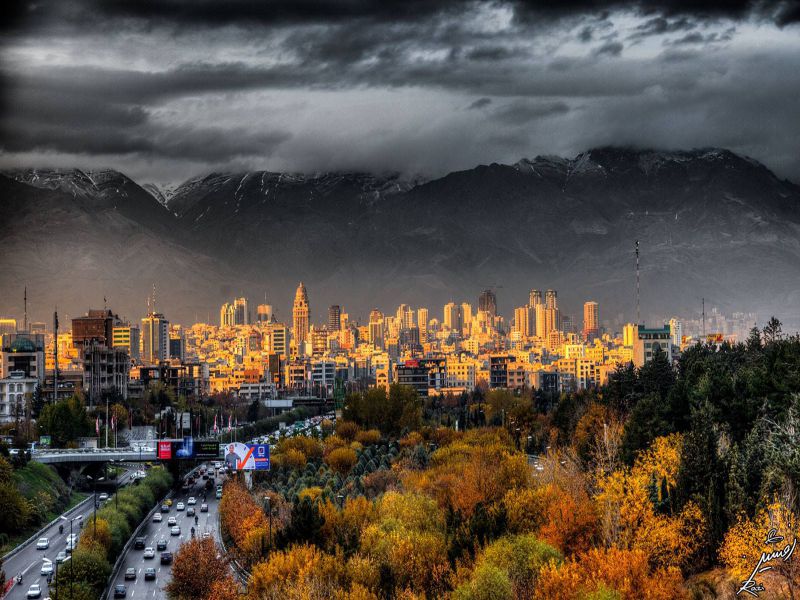 In addition to the loftiness and ruggedness of the terrain, another important characteristic of the geography of Iran is its aridity. The average precipitation for the country as a whole is only 10 inches per year—not very much considering that a desert can be defined as a region receiving less than 6 inches of rain per year. Moreover, this precipitation is either seasonal, falling as snow in winter, or concentrated in a few specific c areas, notably the Caspian-facing slopes of the Alborz and parts of the Zagros. Areas along the Caspian may receive 40 inches or more per year, and certain other mountain regions perhaps half that amount. 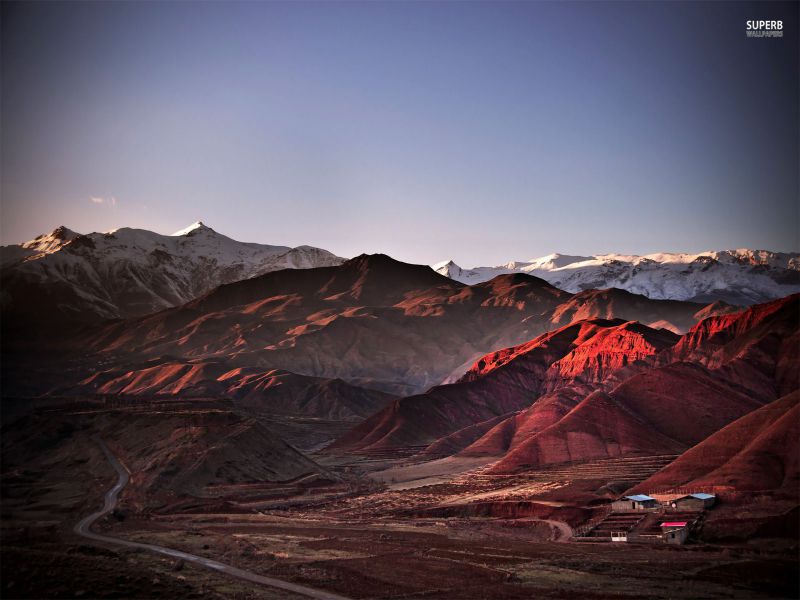 Barely half of the country receives enough annual precipitation to exceed the marginal amount typical of a desert, and only 10 percent of the country can be considered arable. Iran, despite its size, has little in the way of rivers or lakes. The only navigable river is the Kârun, which makes commercial shipping possible for a distance of about 70 miles. Some rivers, notably the Safi d Rud and the Atrak, feed into the Caspian Sea; but they do not carry much water, are seasonal inflow, and are not practicable for navigation. The Aras (Araxes) River forms part of Iran’s border in the northwest, and the Helmand, which drains southern Afghanistan, provides some water for irrigation in the southeast. A good many seasonal torrents carry run-off from the mountains to the central basin, where they eventually disappear into the desert. Perhaps the best-known of these inland rivers is the Zâyandeh Rud, which runs through the city of Isfahan before dissipating in the Gâv-khuni swamp. The largest lake is Urmia (about 1,800 square miles in area but no more than 50 feet deep); like most lakes in Iran, it has no outlet and is consequently very saline (comparable to the Dead Sea). In recent years, dams have been constructed on some of these rivers to provide electricity or increase reservoirs of water.