Aryan tribes migrated into the Iranian plateau in the 2d millennium BC. There are over 1.5 million nomads in Iran today. Many of these tribes such as the Kurds, Bakhtiyaris (Bactrians), Lurs, Guilaks, and the Baluchs are descendants of the original invaders who came from Central Asia to settle in the Iranian Plateau. 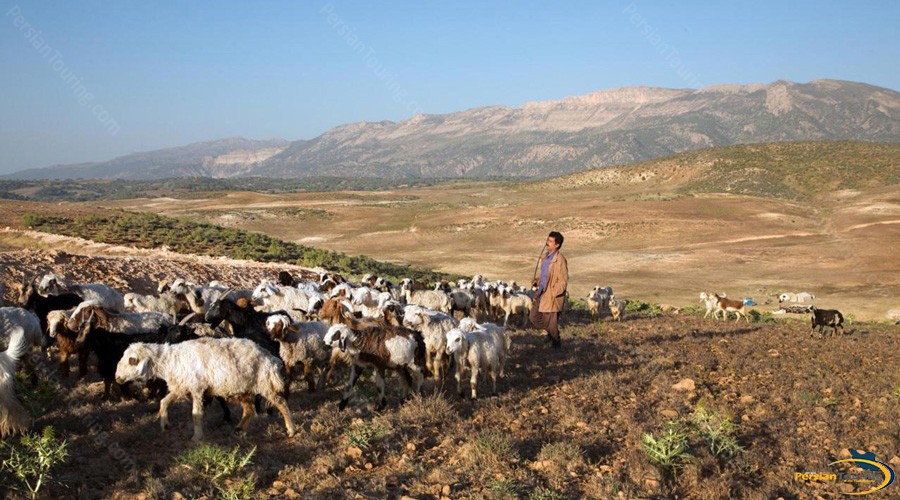 Most of the tribes of Central Iran are pure Aryan, while others such as the Arabs of Khuzestan and Khorasan, the Qashqai, the Turkmen (descendants of Mongols), Shahsevan and Afshar tribes of Azerbaijan had ancestors who passed through Iran.

By 1920 nomadic pastoral tribes were over a quarter of Iran’s population. Their number declined sharply as a result forced a settlement in the 1920s and 1930s. Continued pressure, as well as the lure of the cities and settled life, has resulted in a further sharp decline since the 1960s. 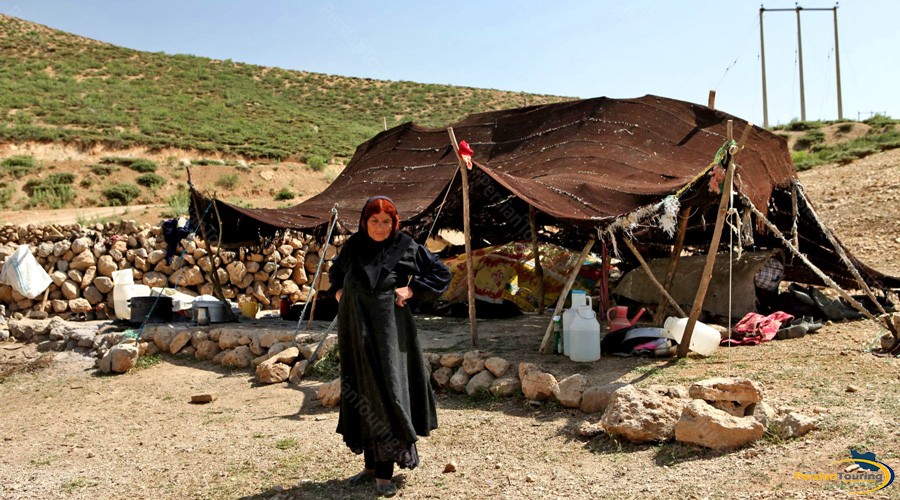 There are over one hundred different nomadic tribes today, each with its own dialect, style of dress and housing, and its own chief or leader.

The Bakhtiari tribe, which numbered more than 1 million in 1997, inhabits an area of approximately 67,000 Km (25,000 Mi) that straddles the central Zagros Mountains. They speak a dialect of Persian called Luri, are Shiite Muslims, and about one-third of the tribe is nomadic. Their migration is among the most spectacular known among nomadic pastoralists anywhere.

The Qashqai is a Turkish-speaking tribe of pastoral nomads in southern Iran. They migrate between winter pastures near the Persian Gulf and summer pastures on the Iranian Plateau. The Qashqai has shown greater cohesion than most Iranian tribes.They numbered an estimated 790,000 in 1997. 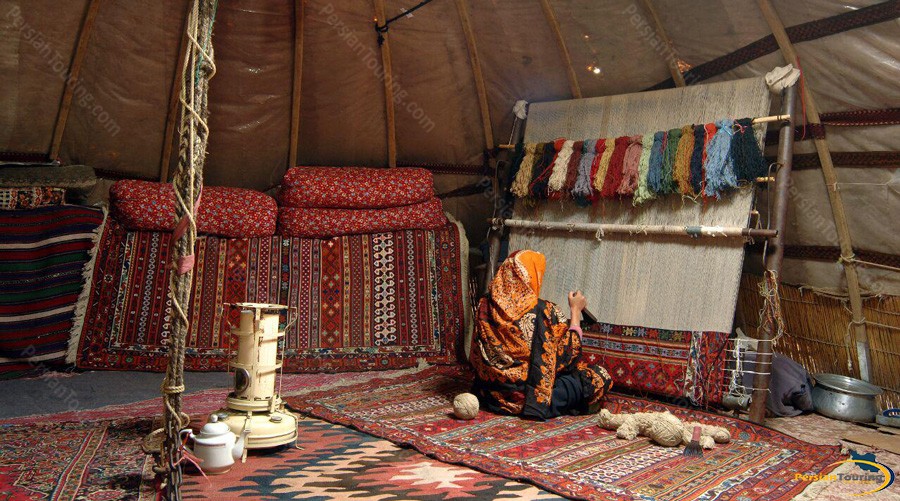 The Baluch, whose name means “wanderers’ retain a semi-nomadic way of life today. They habituate the far south-east part of Iran, the Mokran region, and far West Pakistan, which is a desert region. The Baluch share a common identity based on Baluchi—an Iranian language—and adherence to Sunni Islam. They are famous for camel races and rugs.

Many of the Ghashgha in Fars province are still nomadic and of Turkic origin.

The Lur are considered the most intact tribe, retaining their virility, robustness and tall stature. Mostly farmers and shepherds living in the Luristan area.

Guilaks are among the most original tribes of Iran who speak a pure Persian dialect.

Afshars are pastoral nomads residing in the Azerbaijan and Hamadan region in the summers and the Caspian coast in the winter. The Shahsevans live in the northeastern Azerbaijan.

The Khamseh (Arabic for “five together”) is a federation of five tribes of pastoral nomads in the province of Fars in southern Iran. The five tribes, numbering more than 75,000, are the Persian-speaking Arab and Basseri and the Turkish-speaking Ainalu, Baharlu, and Nafar. With their sheep and other livestock, the Khamseh nomads migrate semiannually across the Zagros Mountains between the low-lying valleys and plains close to the coast of the Persian Gulf and the high, summer pastures on the Iranian Plateau.